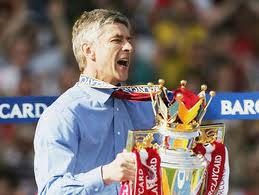 The only competition of the 4 that Arsenal will be competing in this season that is least dependent on luck is the Premier league. Luck, especially with the draws play a very big role in how far a team, any team can go in the FA and League cups. The same can be said for the Champions League (and its poor sibling, the Europa cup). You can also be lucky all the way to victory. The Chelsea team that finished below Newcastle United in the EPL won the damn trophy for goodness sake! That is why I rated luck as the number one factor responsible for Arsenal not winning any trophy in 8 years.

The EPL is much less dependent on luck because of its structure. There are enough matches, all set months ahead, to prevent surprises and minimise uncertainties. There are no advantages or disadvantages of the draw as all teams must play each other. This is why the EPL is also the competition that is most predicted on by pundits. It is generally believed that the stronger your team, the better you are going to do. The team with the most depth and versatility is typically expected to win. The factors used to measure depth vary from observer to observer but it is generally believed that the more players, the stronger the team and therefore the better the chances of becoming champions.

But this is not always correct. There may not be a consensus about who has the more depth between Man United and Man City in the last campaign but I think honest people everywhere can agree that United’s team was not 11 points better than City’s depth-wise. So much has been made (and not incorrectly, I must admit) of RvP’s role but look at City’s strike force again. They had depth and versatility in attack and they still came short. Perhaps, strength in depth may not be the all in all about winning the premiership; although it undoubtedly helps.

Manchester United went into last season with some nuanced advantages which unfortunately, were not as sexy and newsworthy as purchasing the services of the best striker in the league. United went in with a virtually unchanged team from the one that lost the league on goals difference the previous season. Actually City did more business in that season’s transfer window than United. The point that I am trying to make here is that it is not how many additions that matters. It is what needs they are meeting in the team and how effectively they can meet the needs as RvP’s role in United’s victory clearly demonstrates.

Manchester United had huge advantage of experience, history and pedigree. Man City is made up of basically money grabbing mercenaries and, in my opinion, a mediocre manager in Roberto Mancini. That is where the 11 points difference came from!

I am a student of football history and statistics but not of its tactics. I can hold my own fairly well against anyone on stats and I am not exactly clueless on tactics. It is just not my strong suit. My belief that Arsenal can win the EPL the season is borne out of my knowledge of premiership history and stats from the last 10 to 20 years. The topical question for this article is: what does it take to win the English Premier League? I think you will find the statistical answer very interesting.

Since the current league format started in 1992/3 season, Manchester United have won 13 out of the 21 seasons. Man United is a phenomenal team, even though I type this grudgingly as a Gooner; facts are facts! Going by this fact, we could conclude that United won the league all those times because they were better than ALL the teams. But this is where things begin to require nuance. For instance, if United won the league but lost both legs of their games against a particular team in the season, can we say that they were better than that team? Isn’t it more factually correct to say that they were the most consistent team during the season?

Consistency is the key ingredient to winning the league and if clubs have middle names, Man United’s middle name would be Consistency! Manchester United are typically average against the top 5 teams. Sometimes they even lose to some of them home and away and they still come out tops season after season. Did you know that if they had only lost to City at Old Trafford in 2011/12 by only one goal margin that they would have won the league that season? They lost the league by goal difference of 8 whereas their 6-1 home loss to City was a net of 10 goals!

I think Arsenal can win the league this season.

This is one of the freshest and most unpredictable season in a very long time. I don’t want to repeat the changes that have taken place in the EPL teams since May as I believe that anyone reading this piece already knows. Arsenal is going into the 2013/14 season with 2 clear advantages:

How can Arsenal win the 2013/14 Premier league, even with the current team? Answer: By carrying on from where the 2012/13 season ended. We need to beat every small to medium EPL team that we encounter – home and away. I worry less about Chelsea, Man City and United; I worry more about Sunderland and Stoke City!

Beating all the bottom half teams home and away will yield 60 points. Home wins and away draws against the next upper 5 teams yields 20 points. These are the type of teams that we played in the last 10 games of last season. If we can carry on the consistency then we just get the most we can from the other 4 teams in the top 5.

I share the apprehension of most fans on our ability to beat the top teams but I expect the team to hold their own even if they are not out rightly dominant. If Man United can do it and do it regularly, why can’t we do it this once? We got only 2 points from the possible 18 last season against other top-4 teams. That is our worst ever since the current league format began and I don’t think that it will be repeated this season, as the team has matured more and have become even more used to each other.

I don’t expect us to do as badly as we did against the top 3 teams last season so emphasis on consistency can get us 80+ points. The results could come in different sequence but as long as we maintain the consistency, glory is possible.

This, of course is only conjecture and the optimistic take of a devout Gooner. I’m not going to sit down and write about how hopeless my team is, am I? Not just because it is a counter-intuitive act of a fan but because it is not true either. I believe the team needs to do much better against stronger oppositions while maintaining the consistency that they have established over the smaller teams. I don’t think any of these two is beyond our current team (and whoever may join them before the transfer window closes).

I know that my article’s title is laughable to many and I don’t begrudge them. Cynicism always feels smarter. Especially as the joy of victory usually wash away the eggs on the cynics’ faces; so they are rarely called to account when they are wrong. I have always chosen to be positive about my lot in life. I intend to keep the faith and do my one and only duty for my team: Support them! We’ll see where we are in May 2014.